A proven way to build wealth 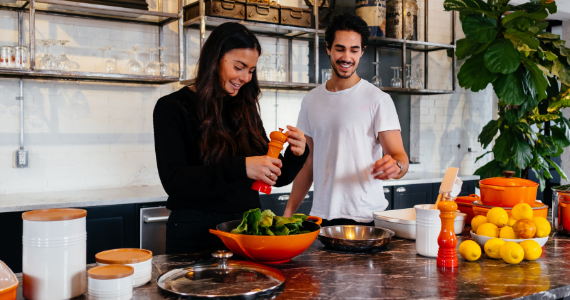 When it comes to investing, nothing speaks louder than actual results.

The 2021 Vanguard Index Chart shows what investors would have achieved over 30 years from a starting balance of $10,000 invested into different asset types.

The dollar returns are based on the measured returns of those assets and assume all the income received from them over time was reinvested back into the same asset type. But the returns don’t take into account buying costs (primarily brokerage fees) or any taxes.

The tables below relate specifically to the performance of the Australian share market since 30 June 1991.

The 30-year average annual return for the broad index of Australian shares to 30 June 2021 was 9.7 per cent per annum.

Table 1 shows the growth of an initial $10,000 investment at five-year intervals for an investor who made no additional contributions over the entire time except for reinvesting their income distributions back into the whole Australian share market.

This would have been achieved by investing through a managed fund or an exchange traded fund (ETF).

After one year the Australian market, combined with income distributions, had delivered a return of around $1,300.

Results with a regular contributions strategy

There’s no denying the 30-year return from the Australian share market, based on a $10,000 starting investment with no extra contributions, is strong.

Yet the numbers are even more compelling using an example of someone who started with the same $10,000 investment amount but who had decided to make extra regular contributions of $500 per month and reinvest their income distributions.

It’s only when you compare the results side by side that the full return picture becomes much clearer.

An initial contribution combined with a regular investment savings strategy and the reinvestment of distributions will deliver much higher long-term results.

Investing the same amount of money at set intervals is known as dollar-cost averaging. That means you’re averaging out the cost of your investments through incremental investing – regardless of whether market prices are up or down.

At year one table 2 below shows that there was little difference in compound growth between someone making no additional contributions versus a person who added a further $6,000 in contributions over the first 12 months.

But after five years the gap began to widen. After making $30,000 in extra contributions on top of their initial $10,000, an investor would have achieved a balance of almost $60,000.

At the end of June this year that starting balance of $10,000, based on the monthly returns of the All Ordinaries Accumulation Index and $180,000 in total contributions, would have been worth more than $1.05 million.

In addition to the benefits of long-term market returns and reinvesting income distributions, having the discipline to make investment contributions on a regular and structured basis really pays off.