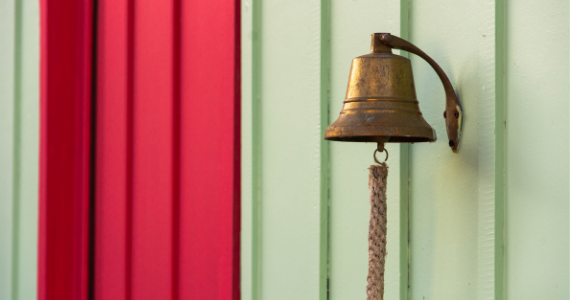 When the media starts reporting higher interest rates and spiralling price rises, their next story will almost certainly scream the impending doom of a possible economic recession.

But what exactly is a recession and is it all bad news for local share market investors?

Most commentators believe a ‘technical recession’ occurs when there have been two consecutive quarters of negative growth in real gross domestic production or economic output, but there really is no strict definition. It’s more just a time when unemployment increases and growth falls.

Likewise, a recession can last just a few months, or they can drag on for years, there is no strict time limit either. So, for example, in mid-2020 economic output plunged by 7 per cent in the June quarter and unemployment jumped to 7.5 per cent as the pandemic hit but then the economy quickly bounced back in the following September quarter as the Federal Government stepped in with financial support.

Typically, most economists expect a true recession to last several years, as it did during the so-called ‘recession we had to have’ in the early 1990’s and the mining collapse recession of the early seventies.

What is interesting though is that share markets usually perform quite well during recessionary periods. The very long and very damaging drought induced recession that occurred from 1981 to 1983 prompted the Australian share market to post its best ever calendar year. It actually achieved a 60 per cent gain at a time when the economy felt like it was coming to a standstill.

This happens because investors are typically spooked by the idea or the prospect of a recession occurring and so they start to sell their shares early, and in doing so, put downward pressure on prices.

What causes prices to fall is the fear of an impending recession, not the actual recession itself.

Share markets in fact tend to rebound as the headlines talk of corporate layoffs and bankruptcies. Investors then start to be tempted to buy shares at their new lower prices in anticipation of profits improving as the economy invariably moves out of recession and by doing so, they push share prices higher.

While it is difficult to judge the situation accurately, it is likely the Australian share market has already fallen as far as it is likely to go during this business cycle, simply due to the prospect of higher interest rates, lower consumer spending and softer company profits already being factored into most company share prices.

Given this, the very worst thing any share market investor can do is panic and sell their shareholding on the fear prices will only fall further. This effectively crystallises your losses and means you will be out of the market when it does eventually recover, as it always does.

Needless to say, prevention is better than a cure. There are key steps you can take to effectively recession proof your portfolio. Diversify your shareholding across a number of sectors or markets or asset classes for example, as it is unlikely all sectors will be hit equally badly during tough times.

Avoid small, high-risk companies. Look for large, well-managed companies with a proven track record of doing well in good times and in bad and which have a very easy to understand way of making money.

Look at dividends as this income is likely to continue even when times get tough, and the market pushes their share price lower. While dividends may also fall during tough times, a company that continues to pay out income to its shareholders will always have some value.

Another clever strategy is dollar-cost averaging. This is where you set a budget to invest a set amount of money every month or quarter. In doing this, you will always be buying more shares when prices are low and less when prices are high.

Remember all economic downturns come to an end eventually and good times will return. If you are concerned about your situation, speak with a qualified financial planner to better understand what you should be doing should Australia be hit by a recession.