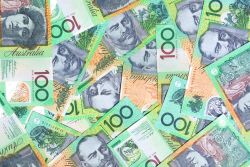 Long-term inflation causes interest rates to rise and sharemarkets and commercial property markets to fall. To make matters worse, the real value of a dollar is falling as well. Persistent high inflation is something that is unambiguously bad for investors.

We should only be concerned with Consumer Price Inflation (CPI) and, in particular,

persistently high inflation as short bursts of inflation do little damage to investors. On the

other hand, we should not at all concerned about asset price inflation. This is when shares

and property prices rise and is unambiguously good for investors.

Central Banks, such as the Reserve Bank of Australia (RBA), have two main jobs; maintaining full employment and keeping inflation under control. If unemployment is rising, they tend to reduce interest rates to encourage spending by companies and households. If inflation appears to be becoming persistent, they will lift interest rates to slow consumption. They take this responsibility very seriously and will almost certainly lift interest rates, perhaps sharply, if they deem it necessary.

Cash rates at 3% will kill inflation – and the economy

Due to the very high level of household mortgage debt in Australia, it won’t take much of an interest rate hike to subdue the economy.

A 1% hike will cause noticeable pain to household budgets. A 3% hike in rates will most likely cause a recession – and kill inflation at the same time. The RBA has all the tools it needs to control inflation.

The current elevated levels of inflation are caused by shortages, Central Banks are right to do nothing – for now

There are different causes of inflation which attract different Central Bank responses. The

current inflation spike is caused by shortages. Higher prices help resolve short term shortages; they discourage consumption and encourage production of goods and services. The RBA Is right not to get in the way of markets resolving shortages. However, if inflation looks as it will become more persistent, Central Banks will, rightly, react strongly.

The short-term is tricky, but the longer-term is much more benign

All of which is tricky for short-term investors. How long will this inflation spike persist? How seriously will Central Banks have to slam on the brakes?

Importantly For investors with a longer-term perspective there is much less to worry about other than the normal bumps along the way. Central Banks are unlikely to allow a return to 70’s style inflation.