Money and love: how to make it work 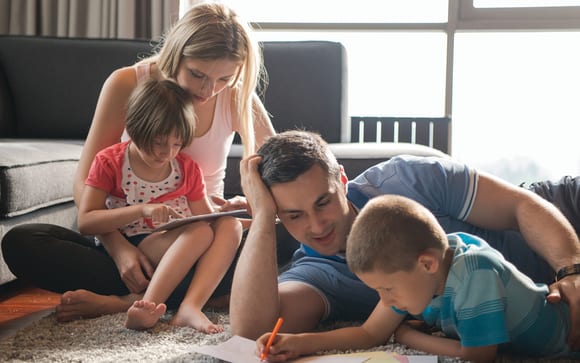 Are you and your partner financially compatible? A marriage between a saver and a spender comes with its problems, but nothing true love can’t overcome – right?

According to the Australian Institute of Family Studies (AIFS), household finances are among the main reasons couples argue.

When Anna met Tony they planned a life together. They rented an apartment and Anna cashed in her $35,000 investment portfolio to fund their wedding and honeymoon.

Savings-focused Anna was now keen to save for a house. Conversely, Tony loved spending and was content to continue renting.

Despite their differences, they opened a joint savings account, and using MoneySmart’s compound interest calculator, Anna worked out the following:

They decided that Anna would pay the utilities bills and Tony would pay the rent. Anna engaged a financial adviser who created a budget to keep them on track. Additionally, the adviser suggested couples’ health insurance and combined car insurance policies to save extra dollars.

Anna stuck to their budget, saving each fortnight while meeting her obligations. Tony, prioritising differently, continued his spending lifestyle.

Five years later, they had only Anna’s savings and an eviction notice for unpaid rent. They were arguing constantly but when Tony suggested they should have used Anna’s original investment as a deposit instead of paying for the wedding, it was all over.

Anna was shocked to discover the money she’d saved was jointly Tony’s and that she was partly responsible for the outstanding rent as the lease was in both names.

It’s a frequent scenario causing Binding Financial Agreements (pre-nups) to become common in Australia. The Family Court of Australia reports that pre-nups can be made at any time providing both parties are signatories.

Would a pre-nup have helped Anna?

As soon as the marital cracks appeared, Anna could have initiated a pre-nup to protect herself, as long as Tony agreed.

After the divorce, Anna worked with her adviser to start afresh. She took out income protection insurance in case she was unable to work, made a Will, and instructed her super fund to set up a binding nomination, naming her niece as her beneficiary.

Marriage incompatibility is not limited to young couples. The ‘silver-splitter’ phenomenon of older divorces is increasing and Australia Bureau of Statistics figures demonstrate that in 2016 the average divorce age was 44.2 years, slightly up from 2015.

You’re never too young, or too old, to protect yourself. And these days, as we’re all living longer, a little forward-planning can only be a good thing. It might not sound romantic, but involving your financial adviser early in a relationship, could save a lot of heartache later on.