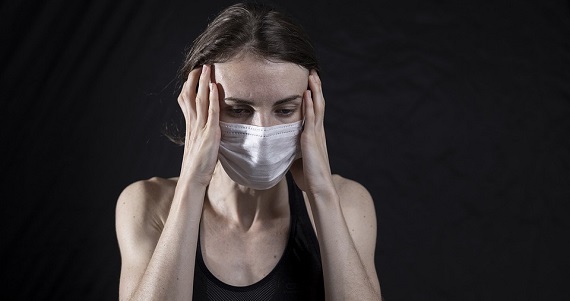 With thanks from Shane Oliver from AMP Capital.

2020 didn’t exactly turn out the way we expected. For Australia, the year started badly as severe drought had given way to the worst bushfires on record. But just as the bushfires were receding it gave way to the coronavirus pandemic. Every year has a big surprise – or what Dr Don Stammer has long called Factor X – but they don’t usually have such a profound impact as the coronavirus pandemic has.

The pandemic also increased tensions with China and is likely to leave a longer term mark with a further set back to globalisation, more social tensions, bigger government and public debt, the risk that massive money printing eventually results in higher inflation, faster structural change due to an accelerated embrace of technology, more consumer caution and a lower population in Australia due to the hit to immigration.

However, while 2020 is a year many of us would prefer to forget and coronavirus continues to wreak havoc in much of the world, the end result for economies hasn’t been as bad as had been feared back in March and April. This reflected a combination of:

This enabled economic activity to bounce back faster than expected through the second half as restrictions eased, even though it wasn’t always smooth (eg, in Victoria or in Europe and the US) and we still have a way to go to full recovery. As a result investment markets also performed far better than feared.

First, massive fiscal and monetary stimulus is still feeding through economies with very high saving rates indicating pent up demand that can be spent once confidence improves, which will also help offset the wind down of some support measures like JobKeeper in Australia.

Second, the news on vaccines is positive. While uncertainties remain, by end 2021 or early 2022 there is a good chance the world will be approaching a degree of herd immunity.

Third, a new US president in Joe Biden should usher in a period of more stable and expert based policy making in what is still the world’s biggest economy. In particular, it will likely head off a return to trade wars that could have wreaked havoc in 2021. A more diplomatic US approach to resolving differences with China could also help Australia move down a path to resolving its own differences with China.

Finally, Australia along with NZ has navigated 2020 remarkably well, controlling coronavirus far better than most comparable countries and seeing its politicians and institutions work well together. It also led to structural reforms that may help future growth (eg, property tax reform in NSW, IR reform nationally).

The combination of vaccines, policy stimulus and pent up demand is expected to see a supercharged cyclical rebound in global GDP of around 5.2% and 4.5% in Australia in 2021. This is likely to see strong double-digit rebounds in profit growth.

Inflation is likely to remain weak, reflecting still high levels of spare capacity which in turn means interest rates will remain low. While this is not good for those relying on bank interest, it benefits the household sector as a whole (with debt exceeding bank deposits) & corporates, eases the servicing of high public debt levels and makes shares cheap. So, in a way we remain in the sweet spot of the investment cycle with improving growth but low rates. In Australia, the cash rate is expected to end 2021 at 0.1% but there is still a risk of more quantitative easing.

Shares are at risk of a short term correction after having ran up so hard recently and 2021 is likely to see a few rough patches along the way (much like we saw in 2010 after the recovery from the GFC), but looking through the inevitable short term noise, the combination of improving global growth and low interest rates augurs well for growth assets generally in 2021. In particular, we are likely to see a continuing shift in performance away from investments that benefitted from the pandemic and lockdowns – like US shares, technology and health care stocks and bonds – to investments that will benefit from recovery – like resources, industrials, tourism stocks and financials.

The main things to keep an eye on in 2021 are as follows: