What Type of Investor are You? 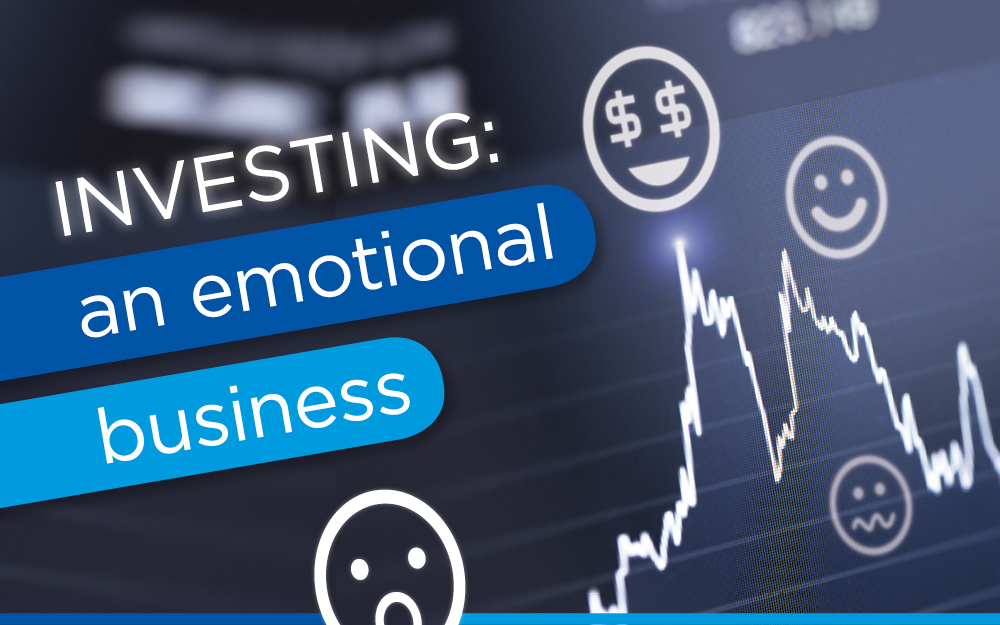 Common sense may say that the time to invest is when markets are down, but the reality is that most investors wait until markets are running hot before they get on board.

Then, terrified of losing money, when the market starts to fall, they sell.

The psychology of an investor plays a significant role in what drives financial markets and explains in part why the prices of many assets, including property and shares, go through booms and busts.

Two common characteristics of human behaviour that tend to play havoc with many investors’ decision making and investment markets are fear and greed.

Fear may prevent you from buying something when it appears to be out of favour because of the possibility of losing money. Greed may encourage you to aggressively chase returns into investment opportunities beyond your normal comfort level.

There is another type of investor who may be less worried about the risk of losing money in the short term. They are more focussed on the possibility of long terms gains based on their view of the company and broader economic conditions. This person may invest regardless of what the market is doing.

The same investor might prudently rebalance their portfolio back to a desired asset allocation using an objective rationale. For example, they might want to maintain a balance of 60 per cent shares and 40 per cent fixed interest so will buy and sell investments to ensure that mix is maintained over time.

Rather than make decisions rationally based on available information, most investors left to their own accord are much more likely to let their emotions drive at least part of the process.

There are numerous investor behaviours that may be hard to identify and control. It may be dwelling on what has happened in the past as an indication of what may happen in the future or getting carried away and making over-zealous decisions when markets are running hot.

Reactions such as these can be common, particularly when markets are going through periods of boom and bust, such as we saw in the lead up to and during the Global Financial Crisis.

It is important to understand that investment markets are driven by more than just fundamentals and that investor psychology plays a significant role.

Just by understanding that emotion rather than logic can play a significant role in the decision making process can go a long way in helping you make rational decisions and, hopefully, avoid bad ones.

There are several common biases that have been identified by psychologists as influencing investor behaviour; once recognised these biases may be resolved:

Herding : Safety may well come in numbers, except when the numbers are only growing because others are there. The reality is that large numbers of people can be wrong and when they are, the damage can be a lot worse. By following the crowd, or herding, individuals are more likely to buy when markets are near their top and sell at the bottom.

Familiarity : Investing in a company or an area you are familiar with is understandable, but there may be consequences if part of your aim is to have a diversified portfolio. For example, buying shares in companies in only your own country, while ignoring opportunities in other countries, fails to recognise the benefits of diversifying against geographical risk.

Anchoring : Nobody likes to think they have made a bad investment decision, but it doesn’t always pay to get set on something like a share price or old information. A company whose shares suddenly drop from $20 to $10 isn’t necessarily going to get back to $20 just because it was there once.

Loss Aversion : If there is a good way to destroy investment returns, it is to hang onto loss making investments in the belief they will come good and to sell winners quickly just for the instant gain. We do this because we feel more pain from a loss than we feel happiness from a gain.

The highly successful US investor Warren Buffet turned the phrase “be fearful when others are greedy and greedy when others are fearful” knowing that investors don’t always act rationally and when money is involved, emotions can run high.